Movie April 27, 2018
Although Thanos has appeared in the previous Avengers movies, only in this movie has he been shown as a prominent character and a villian. I think that this movie is more about his life story than the Avengers’. So, here are the few things in the movie that I noticed which centred around Thanos. (No spoilers)
Thanos’ idea to solve overpopulation in his home planet is to wipe out half of the population. His method of solving overpopulation has its ethical reasoning in consequentialism. What is consequentialism? It is a doctrine whereby the action is to be judged for it to be right or wrong by the consequences that follow from when the action is taken. The end justifies the means. To movie viewers, as well as the heroes in the movie, it’s an immoral thing to kill off half of a planet’s population in order just to save it from overpopulation. But to Thanos, as he had mentioned in the movie, ever since he had killed half of the population in Gamora’s planet, planet Zen-Whoberi (as well as the other planets), the people and the planet have prospered. He was devastated when he found out that his home planet, Titan was detroyed by overpopulation when his plan could have saved the planet. So as to not let this happen to other planets, wiping out half of the population seemed to be the only solution for Thanos. By looking at the result, Thanos’ actions of killing half of the planet’s population is justified by how prosperous the planet had become. It’s no wonder that he continued his method of solving overpopulation in other planets by killing half of its people. Consequentialism is a result-based ethics whereby based on its principles, killing isn’t inherently wrong, it all depends on the result of the act. Thanos is a consequentialist (that’s a mouthful to pronounce. lol)
Thanos has adopted children from the planets that he had ‘helped’ solve the overpopulation problem. But how he treated his adopted children is akin to that of a toxic parent. One of the attributes of a toxic parent is that the parent only considers the child as an extension of him/her. For Thanos, his children are his ‘weapons’. If they have failed to follow his orders accordingly, he’d have no qualms of shunning them out. Another attribute of a toxic parent is that although the parent means well, his/her way of improving the child’s ability and growth lacks empathy. A typical toxic parent would probably hit their children for failing or hurt them verbally such as telling them that they are weak when they’ve not been able to achieve excellence in a particular area. Thanos’ way of letting Nebula become stronger is by removing parts of her, taking her apart piece by piece and replacing her with artificial limbs and organs so that she would be able to defeat her sister, Gamora. His way lacks empathy as it physicially hurts Nebula although the outcome would be to make her stronger. His intention was for Nebula’s benefit but his way to achieve this almost killed her. The consequences of being a toxic parent would be that his/her own children would resent him/her. In the movie, Nebula and Gamora hated Thanos for how he had raised them.
These two issues that I have identified in the movie are centered around Thanos and if you are aware, consequentialism and toxic parenting tend to happen in real life. 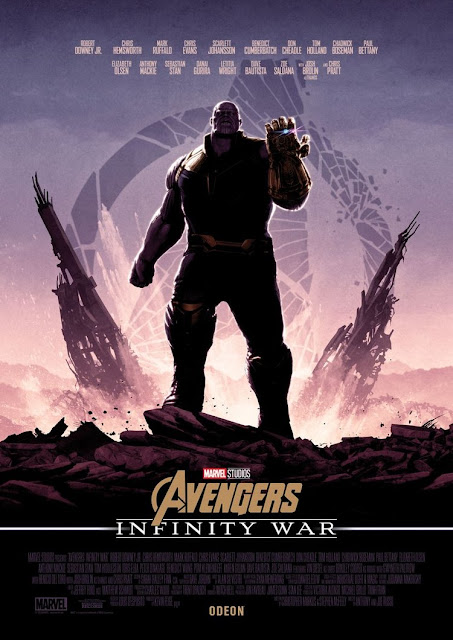