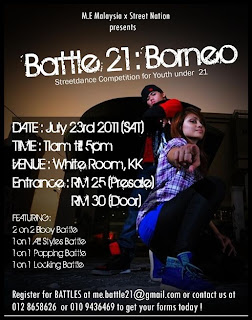 After 6 months of not joining any battle, I’ve committed myself into joining this one. I’ve practiced new sets before the day of the event and also polishing and modifying my old ones. My partner for the 2 on 2 battle was Zafri a.k.a B-boy Shadow from Dkizz Boy Crew. Without him, I don’t think I’d ever experience going into the Top 8. He’s one of the b-boys in KK (originally from Labuan) that I’m close to besides my own crewmates. There were 21 crews and we were chosen as one of the Top 8. I was happy and sad at the same time. I was happy because both of us managed to battle until the Top 8 but I was sad and unsatisfied because after I saw our recorded battle, I was not satisfied with a few of my moves. I didn’t do well during the Audition round & Top 16 round. Argh~! But thanks to Zafri being my partner, we got through only until the Top 8. No matter, all I have to do is just train hard. It was a good experience though. I had fun! =D 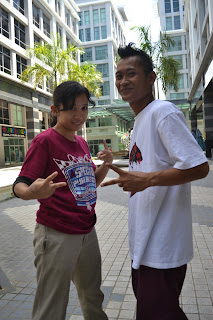 Has he gotten taller? Or have I gotten shorter? O.o 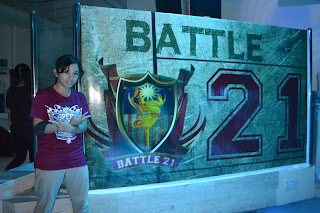 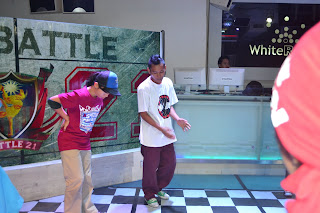 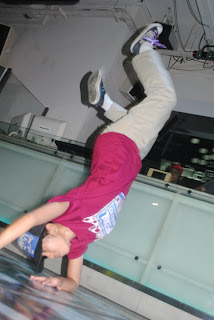 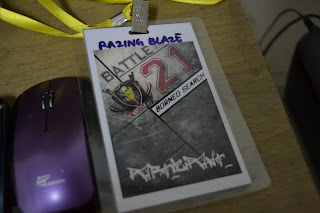