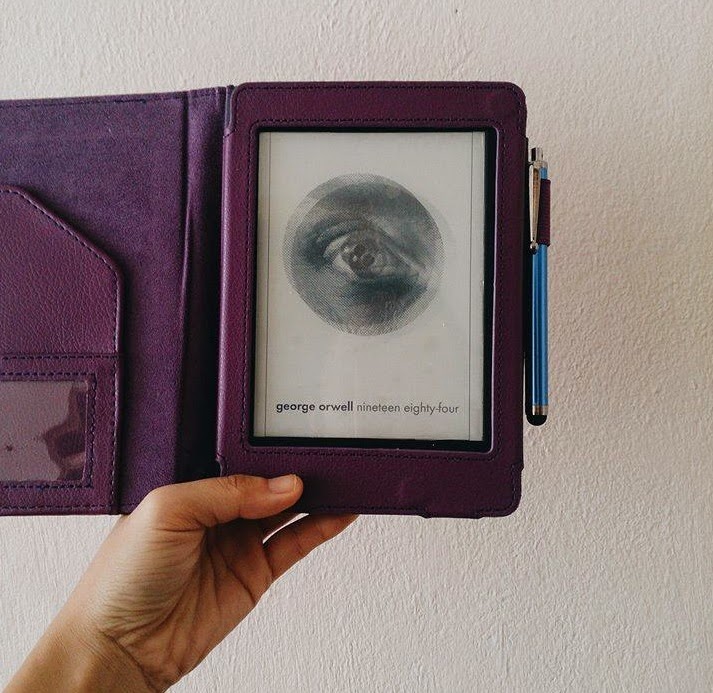 It’s been months since I’ve held my Kindle in my hands. Exam is in a few days but I just couldn’t put this book down even if it’s for the sake of exam. I just had to complete it so that I can prepare for the exam with ease. So, here’s my take on the novel. But I’m going to give a review of it and relate it with the aspect of education.
It surprises me that a book written in the 1940’s which made a fictional prediction of the 1980’s have its essence almost coming into shape in this era of the 21st century, specifically, the year 2014 (a day left to 2015 when this review is written).
One of the sub themes of this book is about mind control. So, how does one control minds? By using psychic powers? No. It’s simple, really. As an educator, what’s evident to me is that mind control is being done through education.
Education plays a role in determining the future of the country and where the future of the country is concerned, there will be people behind it that will do anything to get the most out of it so that it goes according to their vision and demands, even if it means to alter historical facts in text books.
The phrase ‘those who control the present, control the past’ which was being mentioned repeatedly in this book finally made me realize how it’s being done. One of the ways for it to be done is by altering historical facts. In the book, it is done by the ruling government so as to make the current ruling government look desirable in the eyes of its citizens. Any facts that were deemed undesirable & ‘irrelevant’ by the ruling government are to be exterminated and replaced with ‘new’ facts that go according to the government’s desires, ideology, visions, demands, etc, you name it. So, when the younger generation has absorbed and subconsciously accepted the ‘new facts’ as being the ultimate truth (because the Big Brother says so), there is no denying that they will pass these ‘facts’ down to the future generation. When this succeeds, Big Brother will have a big smile carved on his face.
Speaking of younger generation, the children of the Parson family represent this particular group in the book. Even at an age as young as theirs, their minds have already been controlled and they have already subconsciously siding with Big Brother.
I can relate well to this situation stated in the book because it’s slowly unfolding and taking place. Other than issues relating education, there are others that I noticed such as economic issues and such.

I cannot say that I’m lucky to be able to experience what Orwell had mentioned in the book (because I find this book so fascinating that it never ceases to make me feel ascertain) but I guess I can say that through reading this book I’m more aware of how the social, political, economical settings are being allegorized and how truly enough that they coincide with the real world that we are currently living in.
If you are into politics and it’s underlying issues, then this book is definitely for you! (I’m not really into politics but this book definitely gave me a sense of awareness and a glimpse of information of the such. It’s never good to be too ignorant, no?)
p/s: I hope for a newer movie adaptation of this book.
Related posts