Bullying is wrong. Yet why do some still do it?

Social issues August 3, 2019
In a typical Malaysian school setting, you’ll see posters on anti-bullying plastered around the corridors of schools. They serve to create awareness on how bullying negatively affects people. Teachers will also once in a while talk about how bad bullying is. However, posters alone and teachers talking about them are insufficient efforts in tackling the issue of bullying. At the time of writing this, 2 days ago, a court hearing was conducted for the death of Zulharfan Osman Zulkarnain, a UPNM student who received 80% burns all over his body from being bullied by his college mates due to a dispute over a laptop (Azmi, 2019). It is a case of bullying which had led to an individual’s death. Apart from this extreme incident, Malaysia has its fair share of bullying cases in schools in which a few of the reasons include but not limited to ethnic differences, purchasing cigarettes outside schools, and jealousy of their peer’s success in academics (Salleh and Zainal, 2014). So, why does bullying happen anyway even if it has been widely acknowledged that it brings no good to the second party?
From an evolutionary point of view, we humans live according to a hierarchy. We tend to bully one another because within a hierarchy, there is a power struggle going on. It’s all about dominating (Boehm, 2012). It also helps to set up resources, increase status/reputation, and attracting sexual partners. This is beneficial from the perspective of the bully. What results from this is that bullying and physical aggression have persisted because of natural selection (Simon et al., 2016). This is no wonder that bullying still happens due to what the bully can gain from it.
Bullying also persists because of defensive egotism and self-esteem. Following the discourse on Twitter regarding Zulharfan’s case, the university that he went to had bullying as a norm. The students who have committed bullying might have been bully-victims themselves which means that they were the targets of any forms of bullying in the past while they were enrolling in the institution. For them to commit the act of bullying, they first became the victims. They acquire high defensive egotism as a direct result of their victimization ( Simon et al., 2016). So, this kind of norm perpetuates within the institution to the point that it had led to Zulharfan’s death.
Although research have explored the reason behind our tendency to bully others, we would be committing a naturalistic fallacy if we were to conclude that just because we are evolutionary designed to have bullying tendencies, we should condone bullying. It is evident enough of what could have been the result if we were to succumb to this fallacy. Bullying can lead to deaths, and I regret that a norm of bullying has led to the death of an innocent individual due to a dispute which could be resolved peacefully and amicably.
References: 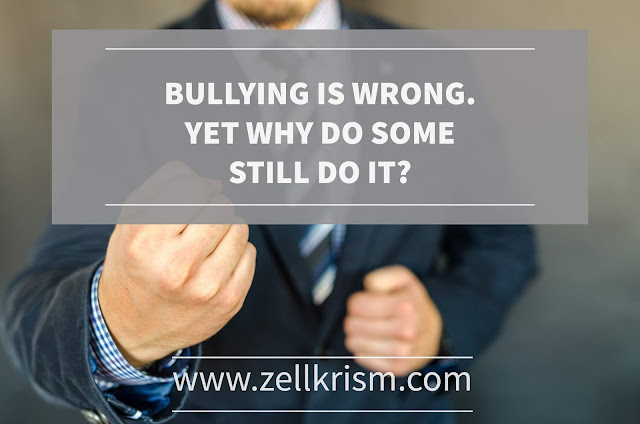