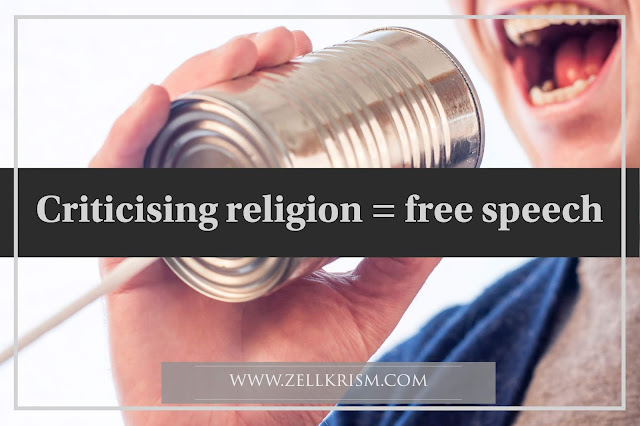 The Malaysian constitution guarantees free speech under Article 10 entitled ‘Freedom of Speech, Assembly, and Association’. However, Section 2 of this article mentions as to what extent can freedom of speech be applied in this country. Expressing controversial views such as criticizing Islam is one of the matters that is liable for an individual to be punished. The reason is that a multiracial country such as Malaysia is prone to racial and religious conflict, which is why laws that prohibit the propogation of religious bigotry and racial prejudice exists (Sani, 2008). However, contrary to popular notion of how one should view free speech, I’m going to argue that criticizing a religion is part of free speech.

Based on Timothy Garton Ash’s book called ‘Free Speech: Ten Principles in a Connected World’, he proposed ten principles that act as a guide to how we should view free speech. When it comes to criticizing other people’s beliefs, one of the principles states that, which is the 6th principle – ‘We respect the believer but not necessarily the content of the belief’ (Ash, 2017). Many Malaysians would argue that openly criticizing a religious belief causes people to be offended and some might go to the extent of causing religious conflict. While this justifies the reasoning behind the limits of free speech as endorsed by the Malaysian constitution in order to maintain religious harmony, it violates the principles of free speech. The limits of criticizing a religion is only limited to when individuals incite violence toward the believers. If the criticism of the religious content merely reveals the ignorance of the individual or just simply making negative comments about the belief, then individuals shouldn’t be criminalized for it.


We should respond religious insults or criticisms with an intellectual approach. I’ve written a blog post entitled ‘How to respond when someone insults our religion’ which explains the manner in how we should react when we’ve encountered religious insults. Instead of threatening individuals by implying that they will be sentenced to jail for doing so, a counterargument should be provided to them. If we disagree or got offended by what they’ve commented, doesn’t matter what kind of tone and language was used, it is best to respond with an intellectual approach instead of punitive approach. The Malaysian consitution seems to imply that we should respond to such acts with the latter. Punitive approach only stops the discussion from happening due to fear of being misunderstood because a mere question or an inquiry about a religion could be misunderstood as an ‘insult’. People who are ignorant will remain ignorant as false notions have not been rectified.

Following the insults on social media, some may have resorted to verbal or written retaliation, some may have decided to just educate those who are ignorant and rectifying any false notions that they may have, and some have taken it to the streets to express their dissatisfaction – but in a peaceful manner (News article – 400 serta bantah hina Islam). These are the few approaches that we can accomodate with free speech when there are individuals or groups that insult our religion. The beauty of free speech is that we can openly express our disagreement about certain actions being taken as well as agreeing with them and nobody gets criminalized for it.

How about the Charlie Hebdo attack that happened in 2015? Many may have argued that that was the consequences of when people start insulting a religion like it’s not a serious matter. It also justifies the imprisoning of those who criticize a religion which is a principal law that is being endorsed by the constitution. However, the attacks were done by those who did not respond with an intellectual approach and/or peaceful demonstration. They resorted to violence instead. Charlie Hebdo did not violate the principles of free speech. They expressed their satirical ‘views’ in a peaceful manner. Those who disagreed could’ve just responded by sending a letter to counterargue and/or conducting a peaceful protest. The Charlie Hebdo attack was a result of those who got offended by resorting to express their dissatisfaction with violence. Imagine if those who got offended had responded in a peaceful way, then the attack wouldn’t have happened.

What everyone should be reminded of is that criticizing a belief isn’t without consequences. Legal consequences such as criminalizing any speech that doesn’t incite violence can be abolished, but what can’t be abolished is the social consequences that might result from what we say. People may not like us. They may bash us. They may call us ignorant and insensitive. But the moment we start to criticize a religion, it’s after we have made a decision and are willing to face the consequences. As Ash (2017) puts it as the tenth principle of free speech, ‘We decide for ourselves and face the consequences.’

While it is in the good intentions of the drafters of the Malaysian constitution, which is to maintain religious harmony among Malaysian citizens, criminalizing people for criticizing a religious belief violates the principles of free speech. As long as the contents do not incite violence, criminalizing free speech in the aspect of religious criticism only implies that it’s anti-intellectualism in essence and impedes further dialogue and understanding.  Debate, don’t eliminate. 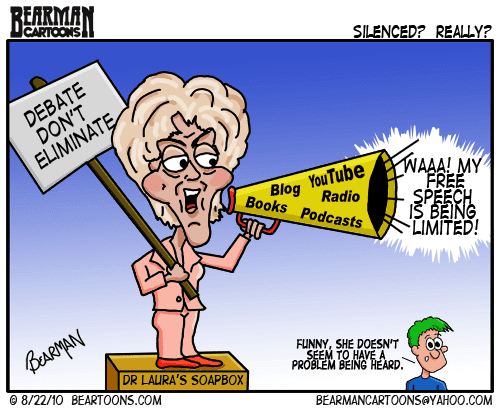