I’m just going to sum up what happened to me in 2009. I’m gonna share my memories and experience and my opinion towards the experience that I gained through out the year 2009.

I’d experienced major heart break and my soul was somewhat ’empty’ for a few months after the break up. It hurts man…huhu~ (T_T)…. But anyway, the break up was somehow a blessing in disguise. I’m somehow thankful that it happened coz I have other things to focus on other than relationships~ I’ve realized that having a boyfriend is not important for me at this age. Single means freedom~~ wahahaha… But in the mean time, I will look for my perfect man that fits my criteria…cewahhh….xD Like they say, every cloud has a silver lining. So, we have to move on~~~~~~

I got my 1st job and it lasted for 6 months… I’ve tried to tolerate with some of my workmates’ attitude. I realized that some people are very egoistic and can’t stand defeat. That is another challenge for me.

I entered college. A teacher’s training college. I stayed in a hostel. It was my 1st time. I learned to be independent. Met new friends. Learned new dialects and cultures of other states in Malaysia. Mainly Kedahan and Sarawakian dialect. I tried to speak…some of my friends think its cute when I say them~ lol~ Ever since I enrolled in that college, people who knew that I was going to become a teacher called me ‘cikgu’ …I guess I just have to get used to it. Hehe~~

My highlighted event of the year…it was a breakdance competition called Redbull 2009: Battle of Borneo. I participated and got selected as one of the members for the Redbul team to represent Sabah even though I’m only a reserve for the team but still…I was proud. Now our team has a name…it’s called BORNEO SOUL BREAKERZ. Hope we’ll do our best for this year’s Battle of the Year Malaysia.

Hmm…other things to add up… I gained 3kg last year…haha~ Now I have chubbier cheeks than before. Before this, people kept saying that I was kinda thin. After I have gained 3kg…I guess that kept their mouth shut! Miahahaha~~~ I guess I ate a lot during the months of my working time. Furthermore, I didn’t train breakdance that much. I got tired after work and neglected my training. The results? No fats were burned instead it compiled up in my body. Haha~~ Other than that, I curled my hair for the first time. I’m starting to love shoes and dresses! High heeled shoes and fancy dresses! A big change for me towards becoming a young lady~ 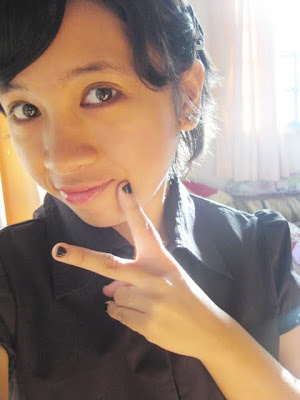 January 2009…I looked thinner…look at the shape of my face. 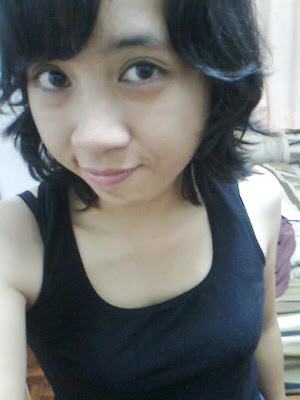 June 2009…chubbier cheeks!!! xD
(I did not gain anymore weight after this.)

Notice the mild difference?? 😀
But all of my clothes still fits me well…ohh yeahh…