I went to watch and support my crew’s performance at Star City. There was a Hip Hop competition going on there. I joined in my crew for the bboy crew battle. We battled againts Arena Z Crew. We lost but it was a good experience for me because it was my 2nd official battle with other crews. I think I’m getting the hang of it. Hehe~ I’ll need to find some time to train and create new sets for the next official battle that I’m going to be in…if there is any in the near future. I think I’ll train more during my semester break. For now…I ALMOST got no time to train as I put my studies into priority. It was a good thing that I hadn’t lost any of my moves…phew~ In the mean time, I’ll just train the sets that I’ve got…so I won’t lose it. 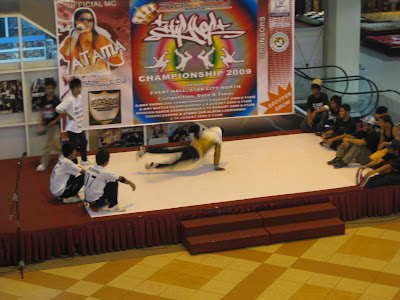 B-boys cyphering on the stage…i think diz was during lunch break. 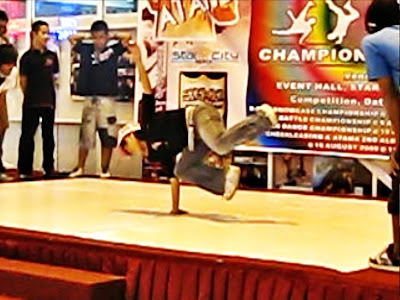 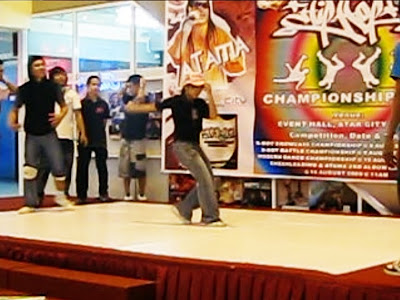 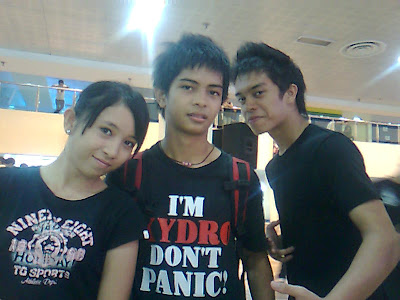 The guy in the middle…he’s dope!!! I respect him so much! It’s only this year that I’ve seen him. He’s like the breakthrough b-boy of the year in Sabah…but that’s just my opinion. My eyes widened, my hearts pumpin’ and I’ll be screaming like a little girl everytime he bust out a dope move. *AHHHHHHH!!!!!!* In short, HE’S DOPE!!! Btw, his name is Zaly…his bboy name is BBoy Heat from Xydro Family.