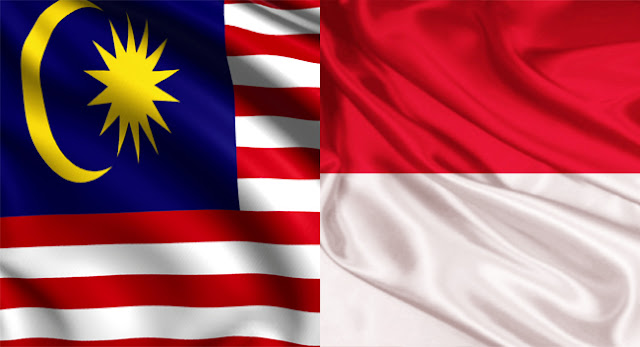 I was first aware of this aversiveness that the Indonesian have towards us Malaysians when I was 17. I stumbled upon a website which was an anti-Malaysian website which had ‘Malingsia’ displayed as its banner on the home page. The word ‘Malingsia’ was formed from the words ‘maling’ which means thief in Indonesian and the word ‘Asia’ (Clark, 2013). For Indonesians, Malaysians are known for stealing Indonesian cultural elements and accusing of Malaysia to claim that they’re theirs. How valid is this accusation?

From the perspective of cultural anthropology, the closer one culture is to another the more similar the cultural traits that they have. Culture is subject to general processes such as certain useful traits will be selected, whereas neutral ones may drift randomly (Currie, 2013). Malaysian and Indonesian cultures are not exempted from this phenomena. Many of the Indonesian and Malaysian cultures fall under the same family of language which is called the Austronesian family language. Under the Austronesian family language, it is evident that in a cultural phylogenetic tree in Figure 1 that we share a common ancestor.

Anthropologists have also suggested that the origins of some cultural elements in one culture and another can be investigated by using the phylogenetic tree approach. Clark (2013) has elaborated on the cultural elements that Malaysia was assumed to have been ‘stealing’ from Indonesia. One of the few of the most often contested cultural materials between Malaysia and Indonesia is the batik. However, there is a lack of research regarding the origins and descent of batik. To show that some cultural materials in Malaysia and Indonesia have come from the same origin, one of the examples would be the tradition of warp ikat weaving. The warp ikat weaving tradition is both famous in Malaysia and Indonesia. It is a technique that first starts off by dyeing the warp threads into intricate patterns through the time-intensive use of small ties that are placed around the yarns by hand which is used to form resists. The clumps of tied threads are then taken off their frame and being out into a dye bath; the little sections of the yarns that lie behind the tiny resists will not soak up that particular dye color. The yarns are then taken out of the dye bath and dried (What is ikat, n.d.). Buckley (2012) has used the phylogenetic tree approach to deduce the descent of this tradition. He concluded that the South East Asian tradition of warp ikat weaving is related, and share a common ancestor. If the warp ikat weaving tradition comes from the same origin, there is also a possibility that other cultural elements of Malaysia and Indonesia have derived from the same Austronesian lineage.

To accuse Malaysia of stealing cultural elements of Indonesia is ignoring the fact that much of the cultures in Malaysia and Indonesia have derived from the same origin. The phylogenetic tree approach employed by anthropologists has made this evident in their investigations. Let’s celebrate and embrace cultural similarities instead of seeing them as a point of contestation.