Social issues July 16, 2015
With our eyes immediately set on any person’s face, I guess it’s normal for our brain to judge whether a person is attractive or less attractive. However, the term attractive is a subjective term. So, one person may deem a subject to be beautiful while the other person may deem the same subject to be ugly. However we may like to judge a person’s appearance, applying such an approach for us  to judge a person is considered shallow. Of course, I know that this is nothing new as many of you would have realized that by now. Even so, this kind of judgment is still rampant in any place on Earth.
The media has since a long time playing the role for emphasizing more on women’s outward appearances rather than their achievements and inner traits. Let’s have a look at this news statement below: 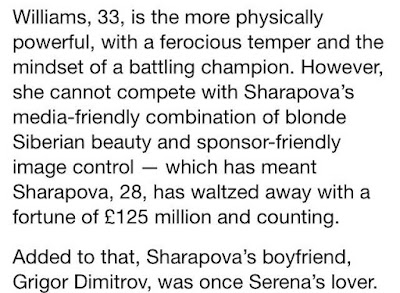 Both are successful in their own field, but in the end, their outward appearance will always be the first measure for “success”. I know that it’s a long way to go until the media dismisses this kind of measure upon women. But how long until they have to realize that they are perpetuating for more girls to focus more on being ‘pretty’ instead of cultivating and inculcating other traits that are also worth acknowledging, such as character and intellect? There is nothing wrong with wanting to be pretty, but in reality, some are just not born with a pretty face (as perceived by society). This has thus resulted in insecurities of most young girls and having to be perceived as beautiful as an important measure for their self-worth. I surely do not want my future daughters (if any) to feel that way. Focusing on wanting to be attractive alone won’t help change the world for the better. You have to have the character and intellect to be able to do that. While women who are the ones whom have been constantly being subjected to this kind of judgment, there is no denying that men go through it as well.
Now, let’s turn the tables for a little bit. This video below shows a list of people whom had been marginalized because of their looks. How do they actually look like you ask? Well, they were deemed to be ‘too pretty’. Some got kicked out of the country and some even got fired just for being too good looking. It’s rather funny and ridiculous, but when you really think about it, it’s also a serious issue that needs to be looked into on a deeper level.
On social media and in real life, I’ve seen attractive people looking down on less attractive people and less attractive people being bitter about attractive looking people. Neither one is better than the other. This is just the result of a shallow-minded society that prefers to view outward appearance as an important element for providing our world a better future. If anything, it would only make our world a horrible place to live in.
My main point here is, there are other ways to look at a person rather than the looks as well as how one should look at him/herself. Like I said, there is nothing wrong with wanting to look attractive, we have the right to how we should present ourselves outwardly, but emphasizing on that aspect alone won’t help change the world (or at least in the society and community that you live in) for much.
Related posts