Women July 1, 2015
How many a times do we see friends of ours on Facebook sharing amusing posts that could maybe make us giggle or think of the truths behind those posts? The specific kind of post that I’m pointing at here are the posts that directed towards women or describing women.
I don’t know how many of us are aware that many of those posts are internet memes that actually imply to undermine the female gender. I notice many of them are taking pride in what was being implied in those posts. We should go look for quotes or posts that empower our gender but instead, posts such as this one below here is being shared instead: 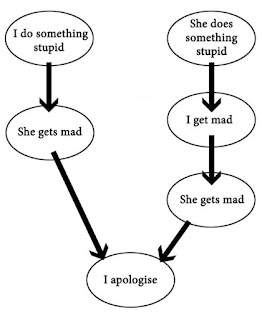 This chart above implies that women refuse to comply to the basic human principle of admitting one’s fault. What happened to the strive for self-improvement? What I see is that this is the result of  the submission of one’s feelings instead of logic. However, I’m not saying that feelings should be disregarded altogether but there are many instances where feelings are preferred when the situation actually demands for her to submit to logic and make rational decisions instead. Most women often say men are big with their ego, but doesn’t the above chart imply that women have an even bigger ego? I think this is the reason why most men can’t take women seriously. Hence, all the sexist remarks that pop up on the internet in the form of memes.
Women have been demanding for respect and equity with men but how can respect and equity be gained when such a behavior is displayed among most women?
Observe the pictures below. What do they imply? 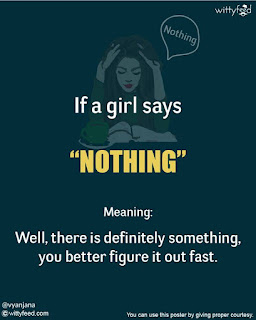 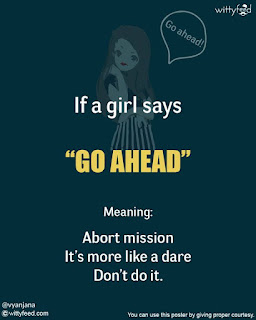 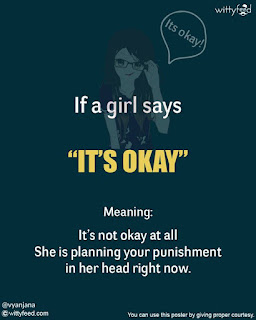 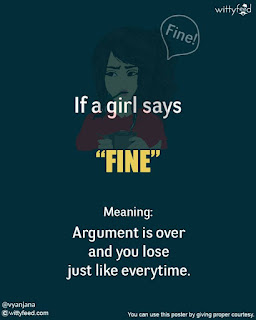 These have been circulating on social media and personally they have been getting on my nerves. Another reason why men can’t take us seriously. You call men sexists but I think the actual reason is because the women are the ones that bring themselves down to this level. Doesn’t this call for a change of behavior if you really desire for respect? Many of these are being masked as a joke, but when men can’t take women seriously because of these sort of memes, do you think it’s still a joke? Where do you think male rapists get the idea that ‘no’ doesn’t necessarily mean ‘no’ from? What’s more alarming is that many women are agreeing to what has been depicted for women on social media platforms. These are the general depiction of women on the internet as well as among others that have not been shown here, but is it an excuse for us women to continue to behave in this way? I don’t think so. Just say whatever you mean in a respectable and civilized manner. Being direct and straightforward isn’t so bad when a situation demands for it. I have a cousin that dumped his girlfriend because being the kind of woman that she is, by applying the above ‘rules’, she expected him to give her more of his love. No. Newsflash, nobody can read your minds.

Social media is now a daily tool that can be easily accessible in most part of the world. If these types of memes are circulating in perpetuity, and there are people, either men or women, who are agreeing to the implied message of those memes, our gender will forever be looked down upon.

Maybe some of you who are reading this might have been offended. It is not my purpose to offend anyone. If we women want to be respected, empowered, and to be taken seriously, it all starts with the reformation of behavior and mindset as well as to break away from a level where respect is difficult to be earned.
However, if any of you would like to refute my opinions, please do so in the comment below. Or better yet, let’s have a coffee date and discuss this issue in an intellectual manner. But please, provide me with facts so that I can find your opinions credible. Oh, do not give me the reason that women are ‘naturally’ more emotional than men. Have you ever heard of behavioral plasticity? That’s what I mean by reformation of behavior and mindset. In certain aspects, biological construct doesn’t necessarily entail in social destiny.
Related posts

Woman:The cause of man’s downfall?