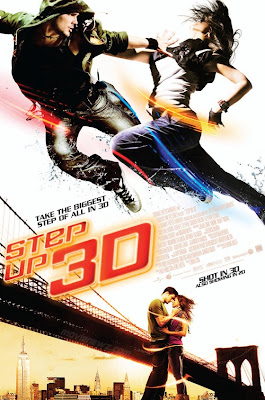 My opinion of the movie? I was super2 satisfied with it! The dances were dope! Professional dancers were in it. It even has connections with the 2 previous movies. The dances were well choreographed. We can even learn something from the movie. It was an inspirational movie for me. Not only I was inspired by the dance but also the storyline. This time, younger kids appeared in the movie. They were no ordinary kids because they were bboys and bgirls! Eventhough they are still young, the can smoke any bboys/bgirls who are older than them. For me, that was the climax of the movie for me. That was when I shouted with excitement. FOR THE FIRST TIME IN A CINEMA!!! Luckily the sound from the movie was loud and my voice couldn’t top over the sound from the movie. hahahah~~ xD So dancer or no dancer, you won’t regret watching this movie! Plus the actors were hawt!!! Peace!!! 😉
P/s: I’m downloading all the soundtracks from this movie. Weee~~~
Related posts