The theory of utilitarianism in The Maze Runner trilogy: Why WICKED is good

Movie February 11, 2018
While I was watcing the final installment of ‘The Maze Runner’ series, ‘The Death Cure’ a few weeks ago (finally, after two years of waiting lol), it finally revealed the moral dilemma that was facing the characters in the movie. How is it justifiable to sacrifice a few human beings in order to save many others? When this question formed in my head as the movie progresses (I’m very critical of the movies I watch even for the light ones), this reminded me of a frequently debated philosophical question that I had read about a month prior to watching this movie. It was ‘The Trolley Problem’.
Now, what is ‘The Trolley Problem’? Consider this first scenario: Imagine that you are crossing a trolley track and suddenly you hear sounds of panic. The sounds come from five people who are on board the trolley shouting for help because the trolley’s brakes were not working. It is gathering speed. You see a sandpit nearby that could potentially save the five people on the trolley. All you have to do is pull the lever so that the tracks will be switched for the trolley to go toward the sandpit. However, along this track that goes toward the sandpit stands a man who is unaware of the trolley and the action that you are considering of doing. There’s no time to warn him. So by pulling the lever and bring back the trolley to safety, you’ll save the five passengers. But the man will get killed by you as you pull the lever. What do you do?
Consider this second scenario: You are walking on the same track and you notice a trolley that is out of control with 5 passengers in it. But this time, there is no auxiliary track. But there is a man nearby, between you and the track. He has a body that is large enough to stop the incoming trolley. The only way to save the 5 people is to push him onto the track and use his body to stop it but you’ll kill the man by using him to stop the trolley. Again, what do you do?
The second scenario of the trolley problem may be more similiar to the moral dilemma presented in the movie than the first scenario as the second scenario presents an individual that directly pushes another person onto the tracks to save the 5 people (WICKED directly killing The Immunes). The 5 people on the trolley represents everyone who has been infected by The Flare Virus and The Flare Virus being represented by the trolley itself. The large-built man represents The Immunes (Thomas, Brenda, Minho, etc). You represent WICKED.
This problem could be answered by the theory of utilitarianism. Fans of the movie (and/or the book) would view WICKED as bad. But according to those who subscribe to the theory of utilitarianism, WICKED IS GOOD. In other words, based on utilitarianism, their plans and actions are justified. Utilitarianism is a no-frills view of consequences. If the outcome for many others is good and the outcome is bad only for a few, the action is justified, permissible and even obligatory. Letting The Immunes die by taking their blood as serums could save the majority of those who are not immune to The Flare. WICKED does not go killing The Immunes just for the sake of killing them for fun. Their purpose is to save those (which are considered as the majority) who are not immune to The Flare. Toward the end of ‘The Death Cure’ (movie version), Newt dies as a result of The Flare. He was not an Immune. Thomas could have saved him if Newt was injected with the serum which could be processed from Thomas’ blood. This instance here is why WICKED’s actions are justified according to the theory of utilitarianism.
But why do viewers or readers of the series view WICKED as bad? This could be answered by ‘The Doctrine of Double Effect’ posed by Thomas Aquinas, the 13th century philosopher. This notion gives a name to the reason why it is not okay to kill The Immunes (in The Trolley Problem’s case, to push the big man onto the tracks).

Here are the 4 criterias for an act to be permissible accroding to ‘The Doctrine of Double Effect’:

1. The outcome must be good.

In The Maze Runner franchise, the outcome is that those infected with The Flare as well as those who are not immune to The Flare, could be saved.

2. The outcome has to be at least as important as the action taken.

The experiment on The Immunes has to be done for those infected and non-immunes to be saved.

3. The action can’t be done for evil.

4. The good outcome has to be produced by the action taken, not by the bad outcome.

Here is what WICKED is lacking. Although many humans will be saved by the serums that they have produced, their evil act of sacrificing a few humans (The Immunes) never justifies their good intentions.
In conclusion, the moral dilemma in The Maze Runner franchise could be answered by these two concepts. However, even with the proposed answers, I still think that this movie’s moral dilemma will never have an answer that could satisfy the moral sense of the readers and viewers of the franchise. Personally, I could only view this moral dilemma objectively and detach myself from the equation.
Reference:
http://people.howstuffworks.com/trolley-problem1.htm 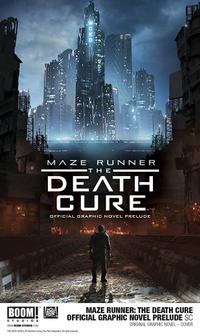